A Florida teacher has been suspended after his school district concluded he repeatedly used the N-word in class, and told his 7th and 8th graders not to date African-Americans “because they are not worth it,” among other violations.

David Swinyar, who says he is white in his personnel file, teaches math at Kernan Middle School in Jacksonville. The school has 1,148 students — 22.6 percent of whom are African-American.
Just after lunch on October 6, 2017, a student told a school board investigator that their teacher, Swinyar, and students were discussing relationships.
“If your boyfriend says bad things to you and/or treats you wrong, that means he’s acting like a n—–,” Swinyar said according to student testimony in a school district investigative report. “You all should not be dating all these different African-American boys because they are not worth it.”

In what appears to be a separate incident covered in the investigative report, students said Swinyar made other racist remarks in August 2017.
According to the report, Swinyar used the N-word during an argument with a student.
“If my daughter was dating someone who used the ‘f’ word, I wouldn’t have any respect for that n—–,” a student recalled Swinyar saying, according to an investigative report. Another student then confronted Swinyar about using the racial slur; he denied using it.
The school counselor, quoting a student, reported that Swinyar said, “If [Swinyar’s daughter] was dating someone and that ‘n’ said the ‘f’ word, I would beat him up.”
After he was confronted by a student, other students said Swinyar said, “I would never say that, but if I did, I am sorry.”

Swinyar reportedly said he attended an African-American church, and students said he made fun of the preacher’s preaching style. The district also concluded in the report that Swinyar made inappropriate comments to students, such as calling some of them “dumb.” 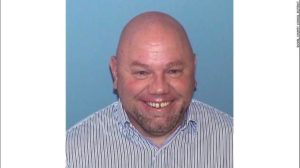 CNN reached out to Swinyar for comment, but has not yet received a response.
Florida’s teacher union, the Florida Education Association, declined to comment on the situation Thursday.
“One of the FEA’s core values is to ‘value and respect the diversity among all individuals,'” said FEA communications director Sharon Nesvig, when asked for the organization’s general policy on racist language in the classroom. “So, clearly FEA is opposed to using racial slurs and derogatory language inside or outside the classroom.”
Swinyar received a 10-day unpaid suspension for the behaviors documented in the district’s investigation. CNN affiliate WFOX-WJAX reports Swinyar will also get a letter of reprimand and a mandatory referral to the Employee Assistance Program.
After this story was published, CNN was sent a letter Duval County Schools Superintendent Patricia Willis sent to the school board members on Thursday afternoon. That letter further outlined what the district plans to do with Swinyar.
“Following the employee’s suspension without pay, he will be reassigned to an appropriate district position with no contact with students for the remainder of the year,” said Willis. “As an annual contract employee, Mr. Swinyar’s employment contract with the district expires June 30, 2018. In May, recommendations for contract renewals for all annual employees will be considered.”
Records indicate Swinyar has taught in the Duval County school board system since 2012.
Facebook Comments

Sex During Your Menstrual Period Is Safe And Healthy

Our sex and relationship expert, Madam Felicia is still at her very best and she tells ladies that having sex during their menstruation period is very safe and healthy contrary to what they were told. Facebook Comments